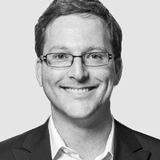 Dr. Jeremias Rößler (Roessler) has a PhD in Computer Science from Saarland University and more than 10 years of experience as a software developer and tester — is the founder and CEO of @retest_en (https://retest.org), a German-based startup that brings AI to test automation. His refreshingly unusual approach to test automation (difference testing) has many advantages over conventional test automation and he shows how to combine it with AI to overcome the oracle problem. He has been speaker at many international conferences, both in academia and industry, and attendees call his talks visionary and amusing. His talks are rated 4.28 out of five and ranked second best of the conference. He is a writer, blogger (https://dev.to/roesslerj/), developer & computer scientist.

Test Automation without Assertions
GUI test automation is broken — because regression testing is not testing, but version control of the behavior of the software.

Gradually, an insight is gaining ground in the testing world: Test automation without assertions works better! Whether ApprovalsTest, Jest (Facebook, Open Source) or recheck (retest, Open Source) – the number of tools that work according to the approach of Golden Master Testing / Characterization Testing / Approval Testing is constantly increasing. This approach promises more robust tests with less effort for creation and maintenance, while all the while testing much more completely. What this means, which different tools are available (mostly Open Source), and where the strengths and weaknesses of this approach lie, will be explained in this presentation. Don’t miss the next trend in test automation…

The Event will start in
Book Now