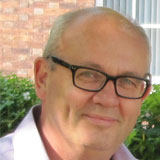 Paul Gerrard is a consultant, teacher, author, webmaster, developer, tester, conference speaker, rowing coach and a publisher. He has conducted consulting assignments in all aspects of software testing and quality assurance, specialising in test assurance. He has presented keynote talks and tutorials at many testing conferences around the world and won several best presentation awards.

He is Principal of Gerrard Consulting Limited and is the host of the Assurance Leadership Forum in the UK.

Continuous Testing
The oft-quoted four-quadrant and pyramid models for testing don’t help test much in adapting to the continuous delivery approach. The models focus on types of testing rather than what testers actually do.

Continuous delivery models usually define testing as a stage in an infinite delivery cycle. But testing isn’t a stage anymore, it’s a pervasive activity throughout the ‘infinite loop’. Paul uses his New Model to give a different perspective to what is being called ‘Continuous Testing’.

This talk looks at what testers actually need to do and focuses on the activities of testing between the requirements to delivery phase of the infinite loop.