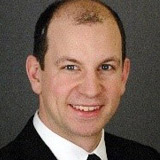 Matthias is executive director in analytics & quantitative modelling at UBS Asset Management and a lecturer at the University of Zurich and at the Swiss Finance Institute. Previously, he was Chief Investment Officer at FLYNT Bank AG, has worked as quantitative strategist in the CIO Office at UBS Wealth Management, as FX and rates trader at UBS Investment Bank, as commercial banker at Deutsche Bank, and as economist at KOF Swiss Economic Institute. Matthias holds a Ph.D. in applied macroeconomics and behavioral finance from ETH Zurich, a Master of Science from Oxford University and two Bachelor of Arts degrees from the American University of Paris. Matthias has published his research in various academic journals, such as the Journal of Portfolio Management, Finance Research Letters, Journal of Derivatives, and Journal of Behavioral Finance, among others.

News Sentiment – a new yield curve factor
We show that sentiment from news articles can explain and predict movements in the term structure of U.S. government bonds. This effect is stronger at the short end of the curve, coinciding with greater volatility and investors’ need to continually reassess the Fed’s reaction function. Facing such uncertainty, market participants rely on news and sentiment as a central element in their decision-making process. Considering this dependence, we propose a new yield curve factor-news sentiment-that is distinct from the 3 established yield curve factors (level, slope, and curvature) as well as from fundamental macroeconomic variables.