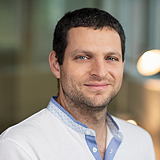 Holds a BSc in computer science from the Academic College of Tel Aviv-Yaffo and a DevOps certification from Ness College.
After a short period as a web developer for a bank, along with some freelance work, Yossi switched to the field of Automation Development working for Applied Materials for 2 years on a multidisciplinary systems. Later on he worked for ״Thomson Reuters״ as an automation infrastructure developer for 2.5 years and eventually became intrigued with the challenges of mobile automation and moved to Gett as an automation tech lead for the mobile team.

In this talk, I’ll answer one of the hottest subjects in the automation development world – Our journey when developing our new automation architecture dos and don’ts.
We will cover 3 main use cases from real life and we’ll emphasise what are considered to be the good and bad practices when talking about automation infrastructures development

The Event will start in
Book Now